(bär)
,
Noun.
[OE.
barre
, F.
barre
, fr. LL.
barra
, W.
bar
the branch of a tree, bar,
baren
branch, Gael. & Ir.
barra
bar. √91.]
1.
A piece of wood, metal, or other material, long in proportion to its breadth or thickness, used as a lever and for various other purposes, but especially for a hindrance, obstruction, or fastening;
as, the
bars
of a fence or gate; the
bar
of a door
.
Thou shalt make
bars
of shittim wood.
Ex. xxvi. 26.
2.
An indefinite quantity of some substance, so shaped as to be long in proportion to its breadth and thickness;
as, a
bar
of gold or of lead; a
bar
of soap
.
3.
Anything which obstructs, hinders, or prevents; an obstruction; a barrier.
Must I new
bars
to my own joy create?
Dryden.
4.
A bank of sand, gravel, or other matter, esp. at the mouth of a river or harbor, obstructing navigation.
5.
Any railing that divides a room, or office, or hall of assembly, in order to reserve a space for those having special privileges;
as, the
bar
of the House of Commons
.
6.
(Law)
(a)
The railing that incloses the place which counsel occupy in courts of justice. Hence, the phrase at the bar of the court signifies in open court.
(b)
The place in court where prisoners are stationed for arraignment, trial, or sentence.
(c)
The whole body of lawyers licensed in a court or district; the legal profession.
(d)
A special plea constituting a sufficient answer to plaintiff’s action.
7.
Any tribunal;
as, the
bar
of public opinion; the
bar
of God
.
8.
A barrier or counter, over which liquors and food are passed to customers; hence, the portion of the room behind the counter where liquors for sale are kept.
9.
(Her.)
An ordinary, like a fess but narrower, occupying only one fifth part of the field.
10.
A broad shaft, or band, or stripe;
as, a
bar
of light; a
bar
of color
.
11.
(Mus.)
A vertical line across the staff. Bars divide the staff into spaces which represent measures, and are themselves called measures.
☞ A double bar marks the end of a strain or main division of a movement, or of a whole piece of music; in psalmody, it marks the end of a line of poetry. The term bar is very often loosely used for measure, i.e., for such length of music, or of silence, as is included between one bar and the next; as, a passage of eight bars; two bars' rest.
12.
(Far.)
pl.
(a)
The space between the tusks and grinders in the upper jaw of a horse, in which the bit is placed.
(b)
The part of the crust of a horse's hoof which is bent inwards towards the frog at the heel on each side, and extends into the center of the sole.
13.
(Mining)
(a)
A drilling or tamping rod.
(b)
A vein or dike crossing a lode.
14.
(Arch.)
(a)
A gatehouse of a castle or fortified town.
(b)
A slender strip of wood which divides and supports the glass of a window; a sash bar.
Bar shoe
(Far.)
,
a kind of horseshoe having a bar across the usual opening at the heel, to protect a tender frog from injury.
–
Bar shot
,
a double headed shot, consisting of a bar, with a ball or half ball at each end; – formerly used for destroying the masts or rigging in naval combat.
–
Bar sinister
(Her.)
,
a term popularly but erroneously used for baton, a mark of illegitimacy. See
Baton
.
–
Bar tracery
(Arch.)
,
ornamental stonework resembling bars of iron twisted into the forms required.
–
Blank bar
(Law)
.
See
Blank
.
–
Case at bar
(Law)
,
a case presently before the court; a case under argument.
–
In bar of
,
as a sufficient reason against; to prevent.
–
Matter in bar
, or
Defence in bar
,
any matter which is a final defense in an action.
–
Plea in bar
,
a plea which goes to bar or defeat the plaintiff's action absolutely and entirely.
–
Trial at bar
(Eng. Law)
,
a trial before all the judges of one the superior courts of Westminster, or before a quorum representing the full court.

(bär)
,
Verb.
T.
[
imp. & p. p.
Barred
(bärd);
p. pr. & vb. n.
Barring
.]
[ F.
barrer
. See
Bar
,
Noun.
]
1.
To fasten with a bar;
as, to
bar
a door or gate
.
2.
To restrict or confine, as if by a bar; to hinder; to obstruct; to prevent; to prohibit;
as, to
bar
the entrance of evil; distance
bars
our intercourse; the statute
bars
my right; the right is
barred
by time; a release
bars
the plaintiff's recovery
; – sometimes with up.
He barely looked the idea in the face, and hastened to
bar
it in its dungeon.
Hawthorne.
3.
To except; to exclude by exception.
Nay, but I
bar
to-night: you shall not gauge me
By what we do to-night.
Shakespeare
4.
To cross with one or more stripes or lines.
For the sake of distinguishing the feet more clearly, I have
barred
them singly.
Burney.

,
Noun.
[If these words are the Eng.bar, the sense is a shoot, that which shoots, passes or is driven.]
1.
A piece of wood,iron or other solid matte, long in proportion to its diameter, used for various purposes, but especially for a hindrance or obstruction; as the bars of a fence or gate; the bar of a door or hatchway. Numb.iii.36. Ex.xxvi.26.
2.
Any obstacle which obstructs, hinders or defends; an obstruction; a fortification. Amos i.
Must I new bars to my own joy create.
3.
The shore of the sea, which restrains its waters. Job xxxviii.
4.
The railing that incloses the place which counsel occupy in courts of justice. Hence the phrase, at the bar of the court, signifies in open court. Hence also licensed lawyers are called barristers; and hence the whole body of lawyers licensed in a court, are customarily called the bar. A trial at bar, in England, is a trial in the courts of Westminster, opposed to a trial at Nisi Prius, in the circuits.
5.
Figuratively, any tribunal; as the bar of public opinion. Thus the final trial of men is called the bar of God.
6.
The inclosed place of a tavern, inn or coffee house, where the landlord or his servant delivers out liquors,and waits upon customers.
7.
A bank of sand, gravel or earth, forming a shoal at the 32
mouth of a river or harbor, obstructing entrance, or rendering it difficult.
8.
A rock in the sea, according to Brown; or any thing by which structure is held together, according to Johnson; used in Jonah ii.
9.
Any thing laid across another, as bars in heraldlry, stripes in color,and the like.
10. In the menage, the highest part of the place in a horse's mouth between the grinders and tusks, so that the part of the mouth which lies under and at the side of the bars, retains the name of the gum. The upper part of the gums, which bears no teeth, and to which the bit is applied.
11. In music, bars are lines drawn perpendicularly across the lines of the staff, including between each two, a certain quantity of time, or number of beats.
12. In law, a peremptory exception sufficient to destroy the plaintiff's action. It is divided into a bar to common intendment, and bar special; bar temporary and bar perpetual. Bar to common intendment is an ordinary or general bar, which disables the declaration of the plaintiff. A special bar is more than ordinary, as a fine, release, or justification. A temporary bar is that which is good for a time, but may afterwards cease. A perpetual bar overthrows the action of the plaintiff forever.
13. A bar of gold or silver,is an ingot, lump or wedge, from the mines, run in a mold, and unwrought. A bar of iron is a long piece, wrought in the forge and hammered from a pig.
14. Among printers, the iron with a wooden handle,by which the screw of the press is turned.
15. In the African trade, a denomination of price; payment formerly being made to the Africans in iron bars.

,
Verb.
T.
To fasten with a bar; as, to bar a door, or gate.
2.
To hinder; to obstruct, or prevent; as, to bar the entrance of evil.
3.
To prevent; to exclude; to hinder; to make impracticable; as, the distance between us bars our intercourse. In this sense, the phrase is often varied, thus; the distance bars me from his aid, or bars him from my aid.
4.
To prohibit; to restrain or exclude by express or implied prohibition; as, the statute bars my right; the law bars the use of poisoned weapons.
5.
To obstruct, prevent or hinder by any moral obstacle; as, the right is barred by time, or by statute; a release bars the plaintiff's recovery.
6.
To except; to exclude by exception; as, I bar to night.
7.
To cross with stripes of a different color.
8.
To bar a vein, in farriery, is an operation upon the legs of a horse, or other parts, to stop malignant humors. This is done by opening the skin above a vein, disengaging it and tying it both above and below, and striking between the two ligatures.
9.
To adorn with trappings; a contraction of barb. [See Barb.]
33

Loaned in the 19th century from English bar, from French barre. 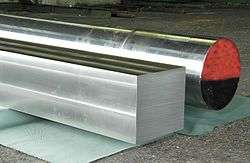 with the exception of — see except

From Borrowing from English bar.

This Kurdish entry was created from the translations listed at burden. It may be less reliable than other entries, and may be missing parts of speech or additional senses. Please also see bar in the Kurdish Wiktionary. This notice will be removed when the entry is checked. (more information) October 2009