,
Noun.
[OE.
sticke
, AS.
sticca
; akin to
stician
to stab, prick, pierce, G.
stecken
a stick, staff, OHG.
steccho
, Icel.
stik
a stick. See
Stick
,
Verb.
T.
.]
1.
A small shoot, or branch, separated, as by a cutting, from a tree or shrub; also, any stem or branch of a tree, of any size, cut for fuel or timber.
Withered
sticks
to gather, which might serve
Against a winter’s day.
Milton.
2.
Any long and comparatively slender piece of wood, whether in natural form or shaped with tools; a rod; a wand; a staff;
as, the
stick
of a rocket; a walking
stick
.
3.
Anything shaped like a stick;
as, a
stick
of wax
.
4.
A derogatory expression for a person; one who is inert or stupid;
as, an odd
stick
; a poor
stick
.
[Colloq.]
5.
(Print.)
A composing stick. See under
Composing
. It is usually a frame of metal, but for posters, handbills, etc., one made of wood is used.
6.
A thrust with a pointed instrument; a stab.
A stick of eels
,
twenty-five eels.
[Prov. Eng.]
–
Stick chimney
,
a chimney made of sticks laid crosswise, and cemented with clay or mud, as in some log houses.
[U.S.]
–
Stick insect
,
(Zool.)
,
any one of various species of wingless orthopterous insects of the family
Phasmidae
, which have a long round body, resembling a stick in form and color, and long legs, which are often held rigidly in such positions as to make them resemble small twigs. They thus imitate the branches and twigs of the trees on which they live. The common American species is
Diapheromera femorata
. Some of the Asiatic species are more than a foot long.
–
To cut one's stick
, or
To cut stick
,
to run away.
[Slang]
De Quincey.

,
Verb.
T.
[
imp. & p. p.
Stuck
(
Obs.
Sticked
);
p. pr. & vb. n.
Sticking
.]
[OE.
stikien
, v.t. & i., combined with
steken
, whence E.
stuck
), AS.
stician
, v.t. & i., and (assumed)
stecan
, v.t.; akin to OFries.
steka
, OS.
stekan
, OHG.
stehhan
, G.
stechen
, and to Gr. [GREEK] to prick, Skr.
tij
to be sharp. Cf.
Distinguish
,
Etiquette
,
Extinct
,
Instigate
,
Instinct
,
Prestige
,
Stake
,
Steak
,
Stick
,
Noun.
,
Stigma
,
Stimulate
,
Sting
,
Stitch
in sewing,
Style
for or in writing.]
1.
To penetrate with a pointed instrument; to pierce; to stab; hence, to kill by piercing;
as, to
stick
a beast
.
And
sticked
him with bodkins anon.
Chaucer.
It was a shame . . . to
stick
him under the other gentleman's arm while he was redding the fray.
Sir W. Scott.
2.
To cause to penetrate; to push, thrust, or drive, so as to pierce;
as, to
stick
a needle into one's finger
.
Thou
stickest
a dagger in me.
Shakespeare
3.
To fasten, attach, or cause to remain, by thrusting in; hence, also, to adorn or deck with things fastened on as by piercing;
as, to
stick
a pin on the sleeve
.
My shroud of white,
stuck
all with yew.
Shakespeare
The points of spears are
stuck
within the shield.
Dryden.
4.
To set; to fix in;
as, to
stick
card teeth
.
5.
To set with something pointed;
as, to
stick
cards
.
6.
To fix on a pointed instrument; to impale;
as, to
stick
an apple on a fork
.
7.
To attach by causing to adhere to the surface;
as, to
stick
on a plaster; to
stick
a stamp on an envelope; also, to attach in any manner
.
8.
(Print.)
To compose; to set, or arrange, in a composing stick;
as, to
stick
type
.
[Cant]
9.
(Joinery)
To run or plane (moldings) in a machine, in contradistinction to working them by hand. Such moldings are said to be stuck.
10.
To cause to stick; to bring to a stand; to pose; to puzzle;
as, to
stick
one with a hard problem
.
[Colloq.]
11.
To impose upon; to compel to pay; sometimes, to cheat.
[Slang]
To stick out
,
to cause to project or protrude; to render prominent.

,
Verb.
I.
1.
To adhere;
as, glue
sticks
to the fingers; paste
sticks
to the wall
.
The green caterpillar breedeth in the inward parts of roses not blown, where the dew
sticketh
.
Bacon.
2.
To remain where placed; to be fixed; to hold fast to any position so as to be moved with difficulty; to cling; to abide; to cleave; to be united closely.
A friend that
sticketh
closer than a brother.
Prov. xviii. 24.
I am a kind of bur; I shall
stick
.
Shakespeare
If on your fame our sex a bolt has thrown,
'T will ever
stick
through malice of your own.
Young.
3.
To be prevented from going farther; to stop by reason of some obstacle; to be stayed.
I had most need of blessing, and “Amen”
Stuck
in my throat.
Shakespeare
The trembling weapon passed
Through nine bull hides, . . . and
stuck
within the last.
Dryden.
4.
To be embarrassed or puzzled; to hesitate; to be deterred, as by scruples; to scruple; – often with at.
They will
stick
long at part of a demonstration for want of perceiving the connection of two ideas.
Locke.
Some
stick
not to say, that the parson and attorney forged a will.
Arbuthnot.
5.
To cause difficulties, scruples, or hesitation.
This is the difficulty that
sticks
with the most reasonable.
Swift.
To stick by
.
(a)
To adhere closely to; to be firm in supporting
. “We are your only friends; stick by us, and we will stick by you.”
Davenant.
(b)
To be troublesome by adhering.
“I am satisfied to trifle away my time, rather than let it stick by me.”
Pope.
–
To stick out
.
(a)
To project; to be prominent.
“His bones that were not seen stick out.”
Job xxxiii. 21.
(b)
To persevere in a purpose; to hold out; as, the garrison stuck out until relieved.
[Colloq.]
–
To stick to
,
to be persevering in holding to;
as,
to stick to
a party or cause
.
“The advantage will be on our side if we stick to its essentials.”
Addison.
–
To stick up
,
to stand erect;
as, his hair
sticks up
.
–
To stick up for
,
to assert and defend;
as,
to stick up for
one's rights or for a friend
.
[Colloq.]
–
To stick upon
,
to dwell upon; not to forsake.
“If the matter be knotty, the mind must stop and buckle to it, and stick upon it with labor and thought.”
Locke.

,
Noun.
[G. This word is connected with the verb to stick, with stock, stack, and other words having the like elements. The primary sense of the root is to thrust, to shoot, and to set.]
1.
The small shoot or branch of a tree or shrub, cut off; a rod; also, a staff; as, to strike one with a stick.
2.
Any stem of a tree, of any size, cut for fuel or timber. It is applied in America to any long and slender piece of timber, round or square, from the smallest size to the largest, used in the frames of buildings; as a stick of timber for a post, a beam or a rafter.
3.
Many instruments, long and slender, are called sticks; as the composing stick of printers.
4.
A thrust with a pointed instrument that penetrates a body; a stab.
Stick of eels, the number of twenty five eels. A bind contains ten sticks.

,
Verb.
I.
1.
To adhere; to hold to by cleaving to the surface, as by tenacity or attraction; as, glue sticks to the fingers; paste sticks to the wall, and causes paper to stick.
I will cause the fish of thy rivers to stick to thy scales. Ezekiel 29.
2.
To be united; to be inseparable; to cling fast to, as something reproachful.
If on your fame our sex a blot has thrown, twill ever stick, through malice of your own.
3.
To rest with the memory; to abide.
4.
To stop; to be impeded by adhesion or obstruction; as, the carriage sticks in the mire.
5.
To stop; to be arrested in a course.
My faltering tongue sticks at the sound.
6.
To stop; to hesitate. He sticks at no difficulty; he sticks at the commission of no crime; he sticks at nothing.
7.
To adhere; to remain; to resist efforts to remove.
I had most need of blessing, and amen stuck in my throat.
8.
To cause difficulties or scruples; to cause to hesitate.
This is the difficulty that sticks with the most reasonable--
9.
To be stopped or hindered from proceeding; as, a bill passed the senate, but stuck in the house of representatives.
They never doubted the commons; but heard all stuck in the lords house.
10.
To be embarrassed or puzzled.
They will stick long at part of a demonstration, for want of perceiving the connection between two ideals.
11.
To adhere closely in friendship and affection.
There is a friend that sticketh closer than a brother. Proverbs 18.
To stick to, to adhere closely; to be constant; to be firm; to be persevering; as, to stick to a party or cause.
The advantage will be on our side, if we stick to its essentials.
To stick by,
1.
To adhere closely; to be constant; to be firm in supporting.
We are your only friends; stick by us, and we will stick by you.
2.
To be troublesome by adhering.
I am satisfied to trifle away my time, rather than let it stick by me.
To stick upon, to dwell upon; not to forsake.
If the matter be knotty, the mind must stop and buckle to it, and stick upon it with labor and thought. [Not elegant.]
To stick out, to project; to be prominent.
His bones that were not seen, stick out. Job 33. 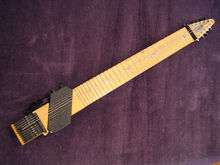 Note: Terms derived from the verb are found further below.

Cognate with the first etymology (same PIE root, different paths through Germanic and Old English), to stitch, and to etiquette, via French étiquette – see there for further discussion.

Note: Terms derived from the noun are found above.

to glue; to adhere (transitive)
to become attached, to adhere (intransitive)
to jam
to tolerate, endure, stick with — see stick with
to persist
of snow, to remain frozen on landing
to remain loyal or firm
to place, set down quickly
to press into with a sharp point
to fix on a pointed instrument
to perform (a landing) perfectly
to propagate plants by cuttings
to hesitate, be reluctant; refuse

Possibly a metaphorical use of the first etymology ("twig, branch"), possibly derived from the Yiddish schtick.