(ba̤l)
,
Noun.
[OE.
bal
,
balle
; akin to OHG.
balla
,
palla
, G.
ball
, Icel.
böllr
, ball; cf. F.
balle
. Cf. 1st
Bale
,
Noun.
,
Pallmall
.]
1.
Any round or roundish body or mass; a sphere or globe;
as, a
ball
of twine; a
ball
of snow
.
2.
A spherical body of any substance or size used to play with, as by throwing, knocking, kicking, etc.
3.
A general name for games in which a ball is thrown, kicked, or knocked. See
Baseball
, and
Football
.
4.
Any solid spherical, cylindrical, or conical projectile of lead or iron, to be discharged from a firearm;
as, a cannon
ball
; a rifle
ball
; – often used collectively;
as, powder and
ball
. Spherical balls for the smaller firearms are commonly called
bullets
.
5.
(Pyrotechnics & Mil.)
A flaming, roundish body shot into the air; a case filled with combustibles intended to burst and give light or set fire, or to produce smoke or stench;
as, a fire
ball
; a stink
ball
.
6.
(Print.)
A leather-covered cushion, fastened to a handle called a ballstock; – formerly used by printers for inking the form, but now superseded by the roller.
7.
A roundish protuberant portion of some part of the body;
as, the
ball
of the thumb; the
ball
of the foot
.
8.
(Far.)
A large pill, a form in which medicine is commonly given to horses; a bolus.
White.
9.
The globe or earth.
Pope.
Move round the dark terrestrial
ball
.
Addison.
Ball and socket joint
,
a joint in which a ball moves within a socket, so as to admit of motion in every direction within certain limits.
–
Ball bearings
,
a mechanical device for lessening the friction of axle bearings by means of small loose metal balls.
–
Ball cartridge
,
a cartridge containing a ball, as distinguished from a blank cartridge, containing only powder.
–
Ball cock
,
a faucet or valve which is opened or closed by the fall or rise of a ball floating in water at the end of a lever.
–
Ball gudgeon
,
a pivot of a spherical form, which permits lateral deflection of the arbor or shaft, while retaining the pivot in its socket.
Knight.
–
Ball lever
,
the lever used in a ball cock.
–
Ball of the eye
,
the eye itself, as distinguished from its lids and socket; – formerly, the pupil of the eye.
–
Ball valve
(Mach.)
,
a contrivance by which a ball, placed in a circular cup with a hole in its bottom, operates as a valve.
–
Ball vein
(Mining)
,
a sort of iron ore, found in loose masses of a globular form, containing sparkling particles.
–
Three balls
, or
Three golden balls
,
a pawnbroker’s sign or shop.
–
on the ball
alert; competent and knowledgeable.
–
to carry the ball
to carry on the task; to assume the responsibility.
–
to drop the ball
to fail to perform as expected; to fail to live up to a responsibility.
Syn. – See
Globe
.

, n.[L. pila; A ball may signify a mass from collecting, or it may be that which is driven, from the root of L. pello; probably the former.]
1.
A round body; a spherical substance, whether natural or artificial; or a body nearly round; as, a ball for play; a ball of thread; a ball of snow.
2. A bullet; a ball of iron or lead for cannon, muskets, &c.
3. A printer's ball, consisting of hair or wool, covered with leather or skin, and fastened to a stock, called a ball-stock, and used to put ink on the types in the forms.
4.
The globe or earth, from its figure.
5.
A globe borne as an ensign of authority; as, to hold the ball of a kingdom.
6.
Any part of the body that is round or protuberant; as, the eye ball; the ball of the thumb or foot.
7.
The weight at the bottom of a pendulum.
8.
Among the Cornish miners in England, a tin mine.
9.
In pyrotechnics, a composition of combustible ingredients, which serve to burn, smoke or give light.
Ball-stock, among printers, a stock somewhat hollow at one end, to which balls of skin, stuffed with wool, are fastened, and which serves as a handle.
Ball-vein, among miners, a sort of iron ore, found in loose masses, of a circular form, containing sparkling particles.
Ball and socket, an instrument used in surveying and astronomy, made of brass, with a perpetual screw, to move horizontally, obliquely, or vertically.
Puff-ball, in botany, the Lycoperdon, a genus of fungeses.
Fire-ball, a meteor; a luminous globe darting through the atmosphere; also, a bag of canvas filled with gunpowder, sulphur, pitch, saltpeter, &c.,to be thrown by the hand, or from mortars, to set fire to houses.

, n.[Gr.to toss or throw; to leap.] An entertainment of dancing; originally and peculiarly, at the invitation and expense of an individual; but the word is used in America, for a dance at the expense of the attendants.
19

,
Verb.
I.
To form into a ball, as snow on horses' hoofs, or on the feet. We say the horse balls, or the snow balls.

The German words Kugel and Ball are usually distinguished inasmuch as the former refers to solid balls (such as those used for billiards or bowling) while the latter refers to air-filled or elastic balls (such as tennis or soccer balls). This distinction may be neglected colloquially or jokingly.

solid or hollow sphere
object, generally spherical, used for playing games
quantity of string, thread, etc., wound into a spherical shape
baseball: a pitch that falls outside the strike zone
pinball: an opportunity to launch the ball into play
ballistics: a solid nonexplosive missile
mathematics: set of points in a metric space lying within a given distance of a given point
testicle
in plural - mildly vulgar slang - nonsense
in plural — slang — courage
cricket: a single delivery
anatomy: ball of a foot

vulgar slang: have sexual intercourse with 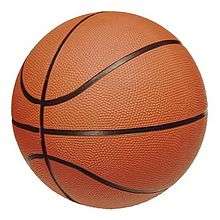