,
Noun.
[CF. OD.
dop
,
top
, OHG., MNG., & dial. G.
topf
; perhaps akin to G.
topf
a pot.]
1.
A child’s toy, commonly in the form of a conoid or pear, made to spin on its point, usually by drawing off a string wound round its surface or stem, the motion being sometimes continued by means of a whip.
2.
(Rope Making)
A plug, or conical block of wood, with longitudital grooves on its surface, in which the strands of the rope slide in the process of twisting.

,
Noun.
[AS.
top
; akin to OFries.
top
a tuft, D.
top
top, OHG.
zopf
end, tip, tuft of hair, G.
zopf
tuft of hair, pigtail, top of a tree, Icel.
toppr
a tuft of hair, crest, top, Dan.
top
, Sw.
topp
pinnacle, top; of uncertain origin. Cf.
Tuft
.]
1.
The highest part of anything; the upper end, edge, or extremity; the upper side or surface; summit; apex; vertex; cover; lid;
as, the
top
of a spire; the
top
of a house; the
top
of a mountain; the
top
of the ground.
The star that bids the shepherd fold,
Now the
top
of heaven doth hold.
Milton.
2.
The utmost degree; the acme; the summit.
The
top
of my ambition is to contribute to that work.
Pope.
3.
The highest rank; the most honorable position; the utmost attainable place;
as, to be at the
top
of one's class, or at the
top
of the school
.
And wears upon his baby brow the round
And
top
of sovereignty.
Shakespeare
4.
The chief person; the most prominent one.
Other . . . aspired to be the
top
of zealots.
Milton.
5.
The crown of the head, or the hair upon it; the head.
“From top to toe”
Spenser.
All the stored vengeance of Heaven fall
On her ungrateful
top
!
Shakespeare
6.
The head, or upper part, of a plant.
The buds . . . are called heads, or
tops
, as cabbageheads.
I. Watts.
7.
(Naut.)
A platform surrounding the head of the lower mast and projecting on all sudes. It serves to spead the topmast rigging, thus strengheningthe mast, and also furnishes a convenient standing place for the men aloft.
Totten.
8.
(Wool Manuf.)
A bundle or ball of slivers of comkbed wool, from which the noils, or dust, have been taken out.
9.
Eve; verge; point.
[R.]
“He was upon the top of his marriage with Magdaleine.”
Knolles.
10.
The part of a cut gem between the girdle, or circumference, and the table, or flat upper surface.
Knight.
11.
pl.
Top-boots.
[Slang]
Dickens.
☞ Top is often used adjectively or as the first part of compound words, usually self-explaining; as, top stone, or topstone; top-boots, or top boots; top soil, or top-soil.
Top and but
(Shipbuilding)
,
a phrase used to denote a method of working long tapering planks by bringing the but of one plank to the top of the other to make up a constant breadth in two layers.
–
Top minnow
(Zool.)
,
a small viviparous fresh-water fish (
Gambusia patruelis
) abundant in the Southern United States. Also applied to other similar species.
–
From top to toe
,
from head to foot; altogether.

,
Verb.
T.
1.
To cover on the top; to tip; to cap; – chiefly used in the past participle.
Like moving mountains
topped
with snow.
Waller.
A mount
Of alabaster,
topped
with golden spires.
Milton.
2.
To rise above; to excel; to outgo; to surpass.
Topping
all others in boasting.
Shakespeare
Edmund the base shall
top
the legitimate.
Shakespeare
3.
To rise to the top of; to go over the top of.
But wind about till thou hast
topped
the hill.
Denham.
4.
To take off the or upper part of; to crop.
Top
your rose trees a little with your knife.
Evelyn.
5.
To perform eminently, or better than before.
From endeavoring universally to
top
their parts, they will go universally beyond them.
Jeffrey.
6.
(Naut.)
To raise one end of, as a yard, so that that end becomes higher than the other.

to cover on the top or with a top
to cut or remove the top
excel
slang: to murder

on the top
informal: best 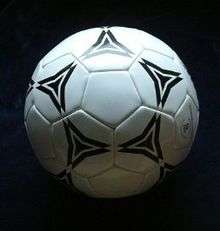 This adjective needs an inflection-table template.