,
Noun.
[F.
sole
, L.
solea
; – so named from its flat shape. See
Sole
of the foot.]
(Zool.)
(a)
Any one of several species of flatfishes of the genus
Solea
and allied genera of the family
Soleidae
, especially the common European species (
Solea vulgaris
), which is a valuable food fish.
(b)
Any one of several American flounders somewhat resembling the true sole in form or quality, as the California sole (
Lepidopsetta bilineata
), the long-finned sole (
Glyptocephalus zachirus
), and other species.
Lemon
, or
French
,
sole
(Zool.)
,
a European species of sole (
Solea pegusa
).
–
Smooth sole
(Zool.)
,
the megrim.

(sōl)
,
Noun.
[AS.
sole
, fr. L.
soolea
(or rather an assumed L.
sola
), akin to
solum
round, soil, sole of the foot. Cf.
Exile
,
Saloon
,
Soil
earth,
Sole
the fish.]
1.
The bottom of the foot; hence, also, rarely, the foot itself.
The dove found no rest for the
sole
of her foot.
Gen. viii. 9.
Hast wandered through the world now long a day,
Yet ceasest not thy weary
soles
to lead.
Spenser.
2.
The bottom of a shoe or boot, or the piece of leather which constitutes the bottom.
The “caliga” was a military shoe, with a very thick
sole
, tied above the instep.
Arbuthnot.
3.
The bottom or lower part of anything, or that on which anything rests in standing.
Specifially:
(a)
(Agric.)
The bottom of the body of a plow; – called also
slade
; also, the bottom of a furrow.
(b)
(Far.)
The horny substance under a horse’s foot, which protects the more tender parts.
(c)
(Fort.)
The bottom of an embrasure.
(d)
(Naut.)
A piece of timber attached to the lower part of the rudder, to make it even with the false keel.
Totten.
(e)
(Mining)
The seat or bottom of a mine; – applied to horizontal veins or lodes.
Sole leather
,
thick, strong, used for making the soles of boots and shoes, and for other purposes.

,
Noun.
[L. solea, solum; that which sets or is set or laid. The radical sense coincides with that of sill.]
1.
The bottom of the foot; and by a figure, the foot itselft.
2.
The bottom of the shoe; or the piece of lether which constitutes the bottom. The cliga was a military show with a very thick sole, tied above the instep.
3.
The part of any thing that forms the bottom, and on which it stands upon the ground. Elms is proper for mills, soles for wheels, and pipes.
4.
A marine fish of the genus Pleurinectes, so called probably because it keeps on or near the bottom of the sea. These fish abound on the British coast, and hence the name of sole bank, to the southward of Ireland. This fish sometimes grows to the weight of six or seven pounds.
5.
In ship-building, a sort of lining, used to prevent the wearing of any thing.
6.
A sort of horn under a horse's hoof.

From earlier sowle ‎(“to pull by the ear”). Origin unknown. Perhaps from sow ‎(“female pig”) +‎ -le, as in the phrase "take a sow by the wrong ear", or from Middle English sole ‎(“rope”). See above. 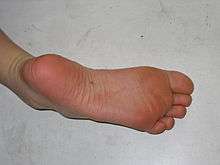 The sole of a man's foot

bottom of the foot
bottom of a shoe or boot
fish

put a sole on (a shoe or boot) 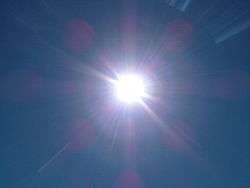 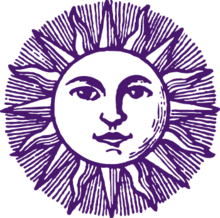 Probably from the noun sol