(brĭj)
,
Noun.
[OE.
brig
,
brigge
,
brug
,
brugge
, AS.
brycg
,
bricg
; akin to Fries.
bregge
, D.
brug
, OHG.
brucca
, G.
brücke
, Icel.
bryggja
pier, bridge, Sw.
brygga
, Dan.
brygge
, and prob. Icel.
brū
bridge, Sw. & Dan.
bro
bridge, pavement, and possibly to E.
brow
.]
1.
A structure, usually of wood, stone, brick, or iron, erected over a river or other water course, or over a chasm, railroad, etc., to make a passageway from one bank to the other.
2.
Anything supported at the ends, which serves to keep some other thing from resting upon the object spanned, as in engraving, watchmaking, etc., or which forms a platform or staging over which something passes or is conveyed.
3.
(Mus.)
The small arch or bar at right angles to the strings of a violin, guitar, etc., serving of raise them and transmit their vibrations to the body of the instrument.
4.
(Elec.)
A device to measure the resistance of a wire or other conductor forming part of an electric circuit.
5.
A low wall or vertical partition in the fire chamber of a furnace, for deflecting flame, etc.; – usually called a
bridge wall
.
Aqueduct bridge
.
See
Aqueduct
.
–
Asses’ bridge
,
Bascule bridge
,
Bateau bridge
.
See under
Ass
,
Bascule
,
Bateau
.
–
Bridge of a steamer
(Naut.)
,
a narrow platform across the deck, above the rail, for the convenience of the officer in charge of the ship; in paddlewheel vessels it connects the paddle boxes.
–
Bridge of the nose
,
the upper, bony part of the nose.
–
Cantalever bridge
.
See under
Cantalever
.
–
Draw bridge
.
See
Drawbridge
.
–
Flying bridge
,
a temporary bridge suspended or floating, as for the passage of armies; also, a floating structure connected by a cable with an anchor or pier up stream, and made to pass from bank to bank by the action of the current or other means.
–
Girder bridge
or
Truss bridge
,
a bridge formed by girders, or by trusses resting upon abutments or piers.
–
Lattice bridge
,
a bridge formed by lattice girders.
–
Pontoon bridge
,
Ponton bridge
.
See under
Pontoon
.
–
Skew bridge
,
a bridge built obliquely from bank to bank, as sometimes required in railway engineering.
–
Suspension bridge
.
See under
Suspension
.
–
Trestle bridge
,
a bridge formed of a series of short, simple girders resting on trestles.
–
Tubular bridge
,
a bridge in the form of a hollow trunk or rectangular tube, with cellular walls made of iron plates riveted together, as the Britannia bridge over the Menai Strait, and the Victoria bridge at Montreal.
–
Wheatstone's bridge
(Elec.)
,
a device for the measurement of resistances, so called because the balance between the resistances to be measured is indicated by the absence of a current in a certain wire forming a bridge or connection between two points of the apparatus; – invented by Sir Charles
Wheatstone
.

(brĭj)
,
Verb.
T.
[
imp. & p. p.
Bridged
(brĭjd)
;
p. pr. & vb. n.
Bridging
.]
1.
To build a bridge or bridges on or over;
as, to
bridge
a river
.
Their simple engineering
bridged
with felled trees the streams which could not be forded.
Palfrey.
2.
To open or make a passage, as by a bridge.
Xerxes . . . over Hellespont
Bridging
his way, Europe with Asia joined.
Milton.
3.
To find a way of getting over, as a difficulty; – generally with over.

,
Noun.
1.
Any structure of wood, stone, brick, or iron, raised over a river, pond, or lake, for the passage of men and other animals. Among rude nations, bridges are sometimes formed of other materials; and sometimes they are formed of boats, or logs of wood lying on the water, fastened together, covered with planks, and called floating bridges. A bridge over a marsh is made of logs or other materials laid upon the surface of the earth.
Pendent or hanging bridges are not supported by posts, but by the peculiar structure of the frame, resting only on the abutments.
A draw bridge is one which is made with hinges, and may be raised or opened. Such bridges are constructed in fortifications, to hinder the passage of a ditch or moat; and over rivers, that the passage of vessels need not be interrupted.
A flying bridge is made of pontoons, light boats, hollow beams, empty casks or the like. They are made, as occasion requires, for the passage of armies.
A flying bridge is also constructed in such a manner as to move from one side of a river to the other, being made fast in the middle of the river by a cable and an anchor.
1.
The upper part of the nose.
2.
The part of a stringed instrument of music, over which the strings are stretched, and by which they are raised.
3.
In gunnery, the two pieces of timber which go between the two transoms of a gun-carriage. 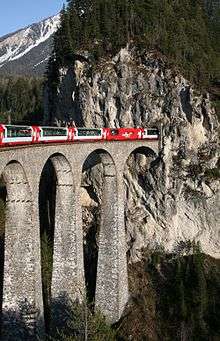 The bridge of a violin

to make a bridge
to span as if with a bridge
music: to transition from one piece or section to another
computing, communication: to connect with a bridge
wrestling: to go to the bridge position

From the earlier form (name of an older card game) biritch, probably from Russian бири́ч ‎(biríč) (per the OED), or else from Turkish bir-üç, "one-three".[1][2]