,
Verb.
T.
To endow with natural qualities.
[Obs.]
He [God] which
natureth
every kind.
Gower.

,
Noun.
[L. from nature, born, produced,]
1.
In a general sense, whatever is made or produced; a word that comprehends all the works of God; the universe. Of a phoenix we say, there is no such thing in nature.
And look through nature up to natures God.
2.
By a metonymy of the effect for the cause, nature is used for the agent, creator, author, producer of things, or for the powers that produce them. By the expression, trees and fossils are produced by nature, we mean, they are formed or produced by certain inherent powers in matter, or we mean that they are produced by God, the Creator, the Author of whatever is made or produced. The opinion that things are produced by inherent powers of matter, independent of a supreme intelligent author, is atheism. But generally men mean by nature, thus used, the Author of created things, or the operation of his power.
3.
The essence, essential qualities or attributes of a thing, which constitute it what it is; as the nature of the soul; the nature of blood; the nature of a fluid; the nature of plants, or of a metal; the nature of a circle or an angle. When we speak of the nature of man, we understand the peculiar constitution of his body or mind, or the qualities of the species which distinguish him from other animals. When we speak of the nature of a man, or an individual of the race, we mean his particular qualities or constitution; either the peculiar temperament of his body, or the affections of his mind, his natural appetites, passions, disposition or temper. So of irrational animals.
4.
The established or regular course of things; as when we say, an event is not according to nature, or it is out of the order of nature.
5.
A law or principle of action or motion in a natural body. A stone by nature falls, or inclines to fall.
6.
Constitution aggregate powers of a body, especially a living one. We say, nature is strong or weak; nature is almost exhausted.
7.
The constitution and appearances of things.
The works, whether of poets, painters, moralists or historians, which are built upon general nature, live forever.
8.
Natural affection or reverence.
Have we not seen, the murdering son ascend his parents bed through violated nature force his way?
9.
System of created things.
He binding nature fast in fate, Left conscience free and will.
10.
Sort; species; kind; particular character.
A dispute of this nature caused mischief to a king and an archbishop.
11.
Sentiments r images conformed to nature, or to truth and reality.
Only nature can please those tastes which are unprejudiced and refined.
12.
Birth. No man is noble by nature.

,
Verb.
T.
To endow with natural qualities. [Not in use]

Look at pages starting with nature. 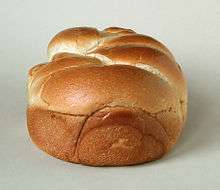