(ĕk′ō̍)
,
Noun.
;
pl.
Echoes
(ĕk′ōz)
.
[L.
echo
, Gr.
ἠχώ
echo, sound, akin to
ἠχή
,
ἦχος
, sound, noise; cf. Skr.
vāç
to sound, bellow; perh. akin to E.
voice
: cf. F.
écho
.]
1.
A sound reflected from an opposing surface and repeated to the ear of a listener; repercussion of sound; repetition of a sound.
The babbling
echo
mocks the hounds.
Shakespeare
The woods shall answer, and the
echo
ring.
Pope.
2.
Fig.: Sympathetic recognition; response; answer.
Fame is the
echo
of actions, resounding them.
Fuller.
Many kind, and sincere speeches found an
echo
in his heart.
R. L. Stevenson.
3.
(a)
(Myth. & Poetic)
A wood or mountain nymph, regarded as repeating, and causing the reverberation of them.
(b)
(Gr. Myth.)
A nymph, the daughter of Air and Earth, who, for love of Narcissus, pined away until nothing was left of her but her voice.
Compelled me to awake the courteous
Echo

To give me answer from her mossy couch.
Milton.
Echo organ
(Mus.)
,
a set organ pipes inclosed in a box so as to produce a soft, distant effect; – generally superseded by the swell.
–
Echo stop
(Mus.)
,
a stop upon a harpsichord contrived for producing the soft effect of distant sound.
–
To applaud to the echo
,
to give loud and continuous applause.
M. Arnold.
I would
applaud
thee
to the very echo
,
That should applaud again.
Shakespeare

,
Verb.
T.
[
imp. & p. p.
Echoed
;
p. pr. & vb. n.
Echoing
. –
3d pers. sing. pres.
Echoes
.]
1.
To send back (a sound); to repeat in sound; to reverberate.
Those peals are
echoed
by the Trojan throng.
Dryden.
The wondrous sound
Is
echoed
on forever.
Keble.
2.
To repeat with assent; to respond; to adopt.
They would have
echoed
the praises of the men whom they envied, and then have sent to the newspaper anonymous libels upon them.
Macaulay.

,
Verb.
I.
To give an echo; to resound; to be sounded back;
as, the hall
echoed
with acclamations
.
“Echoing noise.”
Blackmore.

,
Noun.
[L. echo; Gr.sound, to sound.]
1.
A sound reflected or reverberated from a solid body; sound returned; repercussion of sound; as an echo from a distant hill.
The sound must seem an echo to the sense.
2.
In fabulous history, a nymph, the daughter of the Air and Tellus, who pined into a sound, for love of Narcissus.
3.
In architecture, a vault or arch for redoubling sounds.

,
Verb.
I.
To resound; to reflect sound.
The hall echoed with acclamations.
1.
To be sounded back; as echoing noise.

,
Verb.
T.
To reverberate or send back sound; to return what has been uttered.
Those peals are echoed by the Trojan throng. 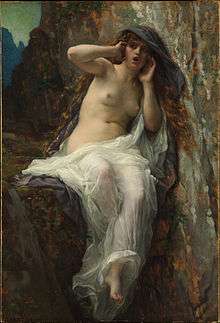 This word was once declined like a Latin third declension noun of the form Echo with genitive Echonis.