,
p
rep.
[OE.
bytwene
,
bitweonen
, AS.
betweónan
,
betweónum
; prefix
be-
by + a form fr. AS.
twā
two, akin to Goth.
tweihnai
two apiece. See
Twain
, and cf.
Atween
,
Betwixt
.]
1.
In the space which separates; betwixt;
as, New York is
between
Boston and Philadelphia
.
2.
Used in expressing motion from one body or place to another; from one to another of two.
If things should go so
between
them.
Bacon.
3.
Belonging in common to two; shared by both.
Castor and Pollux with only one soul
between
them.
Locke.
4.
Belonging to, or participated in by, two, and involving reciprocal action or affecting their mutual relation;
as, opposition
between
science and religion
.
An intestine struggle, open or secret,
between
authority and liberty.
Hume.
5.
With relation to two, as involved in an act or attribute of which another is the agent or subject;
as, to judge
between
or to choose
between
courses; to distinguish
between
you and me; to mediate
between
nations
.
6.
In intermediate relation to, in respect to time, quantity, or degree;
as,
between
nine and ten o’clock
.
Between decks
,
the space, or in the space, between the decks of a vessel.
–
Between ourselves
,
Between you and me
,
Between themselves
,
in confidence; with the understanding that the matter is not to be communicated to others.
I . . . hope that
between
public business, improving studies, and domestic pleasures, neither melancholy nor caprice will find any place for entrance.
Johnson.
Among implies a mass or collection of things or persons, and always supposes more than two; as, the prize money was equally divided among the ship's crew.

, prep.
1.
In the intermediate space, without regard to distance; as, New York is between Boston and Philadelphia; the Delaware river runs between Pennsylvania and New Jersey.
2.
From one another; passing from one to another, noting exchange of actions or intercourse; as, things go well between the parties.
3.
Belonging to two or more, in common or partnership; as, two friends have but one soul between them; twenty proprietors own a tract of land between them. We observe that between is not restricted to two.
4.
Having mutual relation to two or more; as, discords exist between the families.
5.
Noting difference, or discrimination of one from another; as, to distinguish between right and wrong.

in the position or interval that separates two things
shared in confidence by
in transit from one to the other
combined by effort or ownership
one of, representing a choice 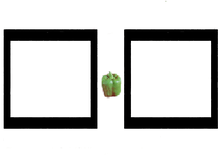