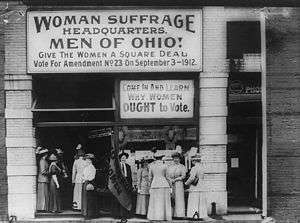 the social theory or political movement

From French féminisme circa 1837, ultimately from Latin fēminīnus, from fēmina ‎(“woman”). First recorded in English in 1851, originally meaning "the state of being feminine." Sense of "advocacy of women's rights" is from 1895.